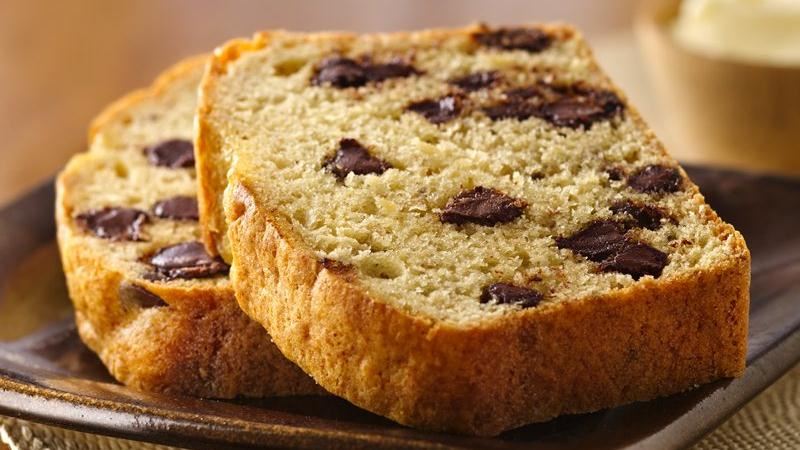 If a person wanted, one could celebrate almost every day of the year.  One such random observance is ‘Banana Bread Day’ on February 23rd.

This observance would not have existed prior to the 1930s, when banana bread became popular as resourceful housewives sought to use whatever they could during the Great Depression.  The availability of baking powder and soda around this time also led to banana bread’s growing popularity.

Below is a highly recommended recipe, originally printed in the St. Paul Pioneer press almost 30 years ago.

Another recipe, used by our dietary staff, uses a yellow cake mix.

Cream butter with sugar; beat in eggs and mix until fluffy.  Sift flour with baking soda  and salt.  Stir in flour mixture.  Stir in mashed bananas, sour cream and vanilla.   Stir in
nuts.  Place in greased and floured 9 x 5 loaf pan or 2 smaller loaf pans. Let stand for 10 minutes.  Bake at 350º for 30 to 45 minutes or until done.

Heavily butter your pans otherwise it will be difficult to remove the loaves. Let the cooked loaves rest for 10 minutes after removing them from the oven.  Then run a table knife around the outside of each loaf.  Turn the pan(s) upside down and gently shake the loaves out.

(A special thanks to Bernadette Dutke for sharing this recipe.)

One Reply to “Not ‘monkeying around.’ Banana Bread Day is coming up!”