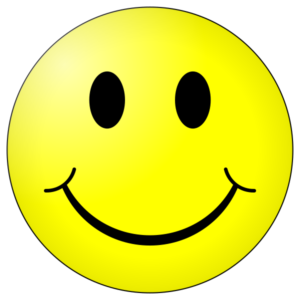 (Reprinted from our September Newsletter)

Below are some tips for taking care of yourself and your mental/physical health:

Moderate the amount of news you watch.—Take breaks from the pandemic briefings. Stick to trusted sources of information and avoid hearsay (e.g., on social media) that makes you more anxious. Limit time spent on social media or other programming that you find raises your anxiety level.

Take care of your body by regular exercise, plenty of sleep, and healthy eating habits.

Connect with others in your family and faith community.

Be thankful. Along with being the “right thing to do,” an attitude of gratitude can help boost your mood and make you happier.

Take advantage of opportunities you still DO have: take a walk and enjoy the weather, catch up on sleep if you’re tired. Think of what you CAN more than what you CAN’T.

Think of ways you can help others.

Realize that this is a stressful time for everyone.

Pay attention to your feelings and thoughts. If you find yourself being negative, try to balance this with positive thinking.

Try a new hobby or learn to do something new; help move your attention off the huge problems in our world and onto something constructive and positive.

So, you may have heard about our upcoming festivities for “St. Anne’s Week,” including wearing our special shirts, dressing up on various theme days, having a party with bingo, and a little dance.  But, do you know what it’s really all about?

Who is Saint Anne, you may ask, if you are not too familiar with the history of one very important family.  St. Anne is the mother of Mary, and thus Jesus’ own grandmother.  That’s a pretty special role, wouldn’t you say?

This special woman was chosen as the patron saint of our facility actually long before St. Anne’s moved from Fargo to Grand Forks.  Celebrating her feast day (July 26) has long been a tradition for us.

Several years ago now, we started making this celebration into a week-long event, and Sr. Christina wrote a poem in its honor (See below).

If you happen to be stopping by St. Anne’s this coming week (even though we’re still limiting visitors), you may notice a bit of festivity in the air.  You might also see people dressed in a somewhat unusual manner.  The list below should be informative:

Poem in Honor of Sts. Anne and Joachim, parents of Mary
(Based on early legends)

We make a special point each year
To honor Anne, our patron dear
When e’er her feast day comes around
Joy and fun times will abound.

This week we’ll honor Sts. Joachim and Anne.
They had a special place in God’s plan.
Though old and childless they’d become
grandparents of His only Son.

We don’t know much about this pair
but generous love they both did share.
With a special daughter they were blest
And ancient tales tell us the rest.

They were both from David’s clan,
This old woman and old man.
One eve while praying in the hills
Joachim heard news his heart to thrill.

At the same time his holy wife
heard some news that changed her life.
She was taking a garden stroll
when from her eyes great tears did roll.

A nest of young birds she had seen,
making her sorrow very keen.
Seeing these babies pierced her heart
like a stinging little dart.

For she wanted a babe of her own
One to be her own flesh and bone.
For this favor the couple did pray,
pleading for it ev’ry day.

To both, separately, an angel did speak
Off’ring the favor both did seek,
telling then that their prayer’d been heard
though at their age it seemed absurd.

Anne was told a daughter she’d bear
who would be blest through ev’rywhere.
She then met Joachim at the gate
and with him did jubilate.

Mary was born, and at three years of age
her life’s story turned a page.
Now in the temple she would live;
Her life to God she’d surely give.

Her parents brought her there one day,
in God’s presence to work and play.
They gave her wholly to the Lord
whom they both faithfully adored.

Thus goes the story of that holy pair
Their longed-for daughter they did share.
And in due time they both became
Grandma and Grandpa, called by name.

As of Thursday, July 2, as St. Anne’s enters into Phase II of the reopening of Long-Term Care facilities, we are able to slightly ease the visitation restrictions.

Each resident is now able to have one visitor at a time in their room.  Outside visits also continue to be an option.  Before visiting, family must call ahead to make an appointment and must wear a mask.  Upon entry, they must go through a screening process, which includes hand-sanitizing, temperature check, and a brief set of questions.  When in our facility, they must stay in the room of the resident they are visiting.

If a resident and their family decide to go on an outing, they should keep in mind that St. Anne’s will have certain requirements upon their return.  This will be done on a case by case basis in discussion with our Director of Nursing.  Depending upon level of risk of exposure (number of people, nature of outing, geographic concerns, etc.), precautions upon return may include a two week isolation period.

This includes that the residents:

St. Anne’s is currently moving through phases with the North Dakota Department of Health, which will take time.

We wanted to give you an update on our current requirements and provisions for COV1D-19.

We have now gone through two rounds of testing; thankfully, our residents and staff are all negative for the virus.

We have been working closely with the North Dakota Long Term Care Association, in compliance with the governor and the State of North Dakota. We are now in “Phase 1” (of 3) as we move toward safely lifting restrictions at St. Anne’s.

Governor Burgum has stated the residents may receive visits from family and/or friends outdoors.

Screening and protocol is required:

We am still requiring that residents stay on the property as we are still considered to be “on lock-down.”

Residents and staff will be going through two additional rounds of testing, June 27 and July 10.

Thank you for your patience as we look forward to opening our facility to all of you once again.

Our residents are beginning to enjoy seeing things come to life!

Along with the onions and tomatoes, the sage and broccoli are also starting (indoors).

Yesterday, our maintenance men also finished putting the soil in for our new growing space out beside the convent, “Mary’s Garden.”  Late in the afternoon, the potatoes got planted in the ground; everything else will have to wait a week or so.

It’s fun to see our residents take interest in this, and even offer to help.  It is a nice distraction for all of us during this challenging time.

Our little plum trees are also doing well. Maybe, in a couple of years, we’ll get fruit from them!

(From our Residents’ Newsletter)

Rumor has it that some foods are going to be short supply and/or expensive in the coming months.

We’re going to expand our St. Anne’s Garden to provide more home-grown vegetables for everyone here to enjoy.  It probably won’t make a huge difference, but we hope it helps a little.

If you are a life-long gardener or would like to give it a try, we would greatly appreciate help from our residents…

Now, with less activities available, it might be a fun way to pass a sunny afternoon this season.

We’ve already planted some vegetables indoors, and will be planting things outside toward the end of May.

The protecting leaves have now been removed after the winter, and now our sweet little plum trees are ready to bud!

We’ve also been planning our garden and hoping to start some seeds indoors soon.

Our residents will enjoy watching them grow and eating the produce!

Are you getting a bit tired of hearing about social distancing, economic recession, closed up businesses, lock-downs, travel bans, and quarantine? It can all be discouraging and depressing.

It’s time to think about something else, right?

How about thinking about spring?

Little signs of life can be seen all around. Pretty soon, we’ll be seeing green grass and budding trees…Won’t that be great?

Tomorrow afternoon, we’re going out for a little walk (6 feet apart, of course!) The fresh air and change of scenery will be good.

The residents choosing to take part will have the chance to see how things look after a long winter. They’ll be able to take a peek at our little plum trees which are now visible (since most of the snow is gone).

We’ll let you take a look, too! Each week, we try to post pictures here of the new life that’s budding around us here at St. Anne’s.

Hopefully, you’ll enjoy watching the progress as much as we do!

Pictured here are our plum trees and strawberry plants. They look pretty dormant now, surrounded by last year’s leaves, but it will be fun to see how that changes in the coming weeks!

Residents at homes for the elderly like St. Anne’s are experiencing stress and difficulties involved in striving to stop the spread of COVID-19 more than you may realize!

With all outings cancelled (save those for essential medical procedures), group activities limited to less than ten people, and other drastic measures in place, things are not so easy right now for residents or staff.

You are probably facing hardships of your own, and may be sick of your “four walls.”

Here, we’ll share some of what we and our residents have been doing to help cope. Perhaps, you’ll find something here that you’d like to try yourself. Hopefully, this list (not meant to be exhaustive) is helpful to you.

We miss you and pray for a quick end to the present crisis!

At this time of year (January or February), St. Anne’s has the tradition of recognizing and thanking our staff for their service to our residents with an appreciation dinner.  Those celebrating milestone years/anniversaries of employment with us are especially recognized.

This year, we’d like to thank the following for their years of service:

On another note, St. Anne’s is looking to hire an individual to serve as an evening cook.  This is a part-time position.  If you (or someone you know) are interested, please visit www.stannesguesthome.org/employment to apply.