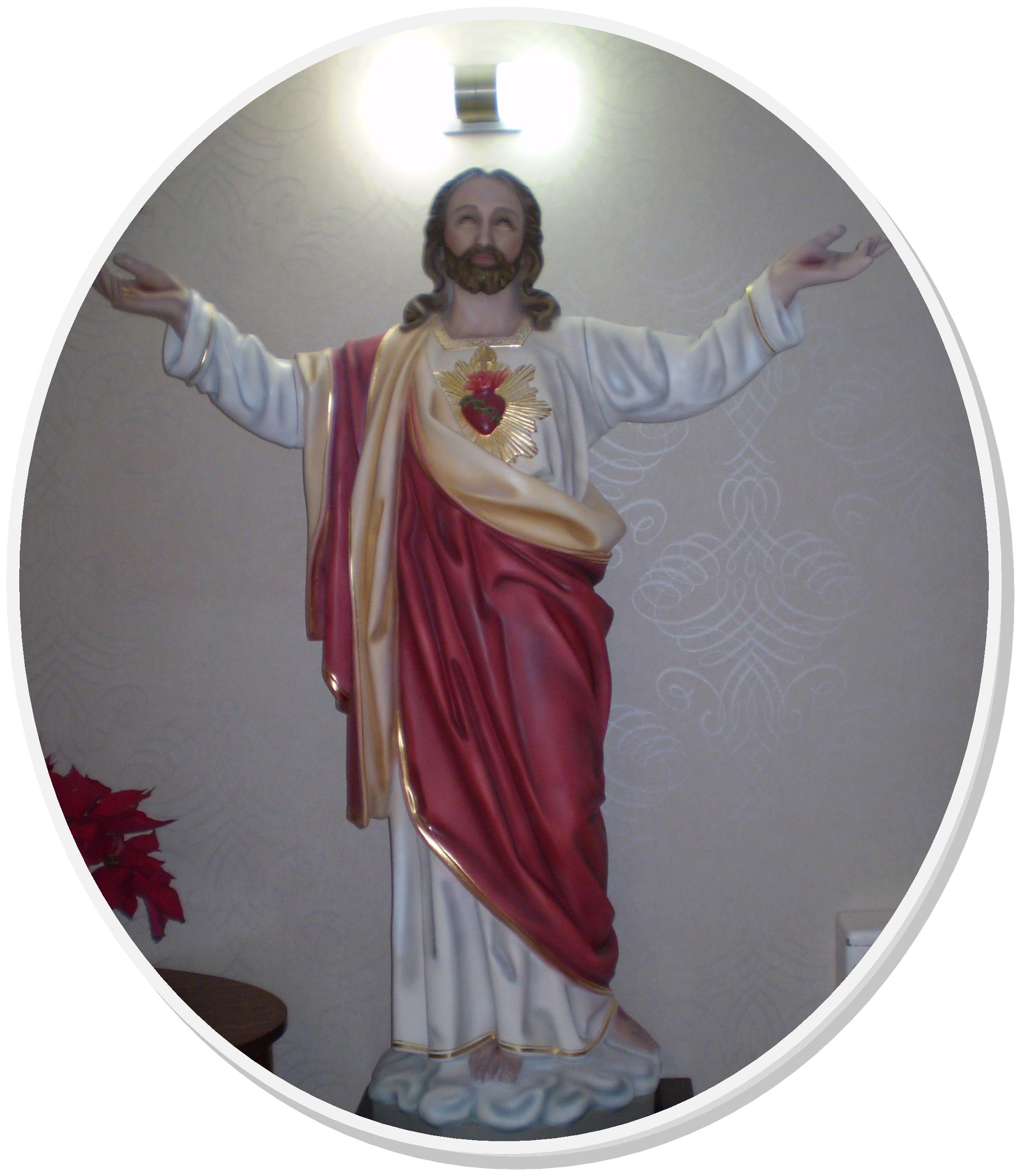 Several months back, a family from the northwestern Minnesota brought a statue to St. Anne’s.

It had come into their possession after it was removed from an area church a few decades back.  However, due its large size, they could no longer store it.  The family thought we might be able to have it restored.  They even gave donations toward the project.

A visitor for Adoration who saw it in its poor condition gave us the name of someone who does statue restoration work.  They had recently done work at St. Mary’s Church here in Grand Forks.  The gentleman, from DeNardo Statuary & Restoration Company, came and took a look at the statue.  After a little discussion, he took it and began to work on it.

This past week, we saw a familiar face at the front desk.  The man was back and had the statue ready.

Now, with its beauty restored, the statue of the Sacred Heart stands in the hallway leading to our chapel, welcoming those who pass by.  We are not certain how long it will stay there, or if it will find a more permanent home elsewhere, but for the time being, at least, we are enjoying the presence of a special guest here at St. Anne’s Guest Home.